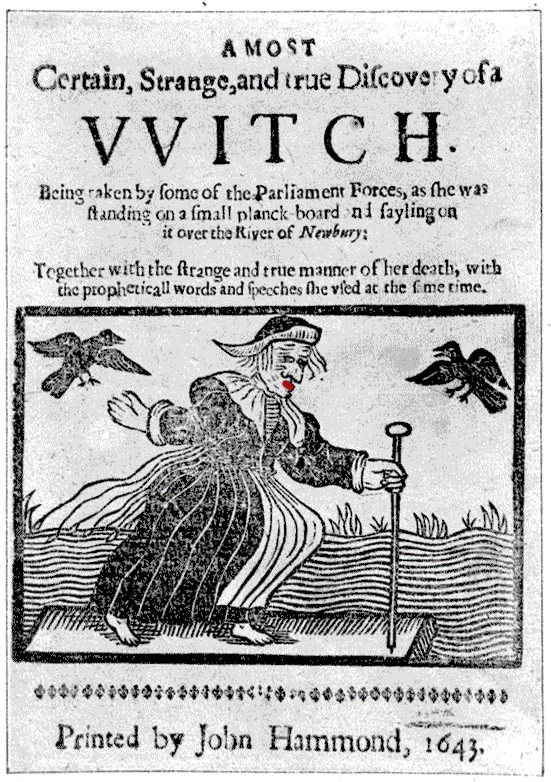 During the Dark Age and the Middle Age, approximately from 476 AD to the end of 1000 AD, potions, medicinal concoctions and quite a bit of face paint had been blended by herbalists (who were eventually condemned as “witches” through serious propaganda from the church). This resulted in rouge and other facial delights becoming harder to source, and with all the Witchcraft Acts mushrooming up all over the United Kingdom and Europe, good women (and a fair amount of men) did not want to be seen entering or exiting a house associated with a witch as penalty for even a bit of suspicion usually resulted in death. These Witchcraft Acts along with their unfounded accusations resulted in make-up going underground for a couple of centuries

After the collapse of the Roman Empire in Europe, a cultural and economic deterioration took hold of Western Europe and subsequently a couple of people (reluctantly) saw the inside of an Iron Maiden or ended up straddling the Judas Cradle. (Link for the macabre device provided at end. Not for a weak stomach).

Although cosmetics did re-emerge in Europe upon the return of the first crusaders from the east in 1099, who brought along the most delightful things such as perfumes, unguents, (salves, balms and creams), cosmetics and recipes for an assortment of beauty practices including magnificent silk materials and fabrics, spices, apricots, lemons, rice, dyes, soaps and glass mirrors, coffee, sherbet, writing paper, algebra, chess and my favourite, backgammon

The Arabs had preserved, and then built on ancient Roman knowledge while Europe had thrown it away during the Dark Ages and Middle Ages in the pursuit of their religious struggles and dogmas. (Sound familiar?)

In England, “a woman who wore make-up was seen as an incarnation of Satan.” Apparently the cockeyed reason behind this was because “such an alteration of her face challenged God and his perfect workmanship.” Clearly the church was afraid that the confidence women gained from painting their lips red would lead them from the church and perhaps the elders and the rest of the menfolk were intimidated by the symbolic association of wearing lipstick, that being of sexual awakening, youth, vibrancy and most importantly, independence

[On a side note: This is in fact what happened in 1930. Campaigners for women’s rights regarded wearing lipstick as a mark of freedom.  As a deliberate rebellion against male authority, over 5,000 women at a demonstration in New York, paraded about wearing vermilion lipstick and demanding that they get the vote. Helena Rubinstein, who once famously stated “There are no ugly women, only lazy ones,” must have smiled broadly that day]

During the 1300’s, the rich and famous had alchemists create their lip rouge and apply it while “doing incantations”. The documentation sourced* for this bit of information was not clear if it was the Alchemists “incanting” while applying the lipstick onto the mouths of the rich and famous or if the wearer applied the lipstick in order to do incantations later. Anyway, whichever way it was, it’s no surprise that the church was upset; as one or possibly both parties doing the incantations was definitely not attending church

Anyway, the more destitute of the clandestine lipstick wearing lot were forced to concoct their own lip rouge or try to buy it from travelling merchants (probably gypsies and pirates) if a “home brewer” could not be found. If merchants were caught selling lipsticks, they were promptly jailed for sorcery as well

In all probability, employment opportunities for jailers and prison builders during this time of lipstick lunacy must have been pretty high. The obvious hypocrisy during this time was that the Cortigiana and Courtesans of the English, French and Italian courts were exempt of such punishment. So as in today, there was one rule for the privileged and another one for the rest of us

Peddlers (provided they were not caught) made a small fortune selling lip rouge at rural fairs as they played on the crowds superstitious beliefs, claiming that the lip rouges possessed protective power and that it could even ward off death and sickness. Modern folk might find this faith in lipstick’s health benefits ironic given that Ceruse (the face pigment made of white lead) served as a main ingredient in most lip rouges and salves of the period, but few Tudors and Elizabethans questioned their lip rouge’s power and lathered it on thick and furious. Furthermore, Red has been universally accepted as a protective colour since time immemorial to stop evil forces. As one of man’s most dangerous zones was thought to be his mouth, lips were originally painted red to stop evil forces entering the body and taking possession of it

This belief in the magical power of lipstick (understandably) provoked the wrath of church further, and images of devils putting lipstick on women appeared in publications to warn of the ruinous path that lipstick would take the women on. This got to the point where women were even cajoled into confessing about their secret lipstick usage by Priests, who had some pretty messy secrets of their own. It’s not known how many women confessing to using lipstick would go on to be burnt at the stake or thrown into prison

In the 1400’s, especially in Italy, oval faces on long necks were desired with thin eyebrows and vermilion mouths on white painted faces which represented youth and apparently health although as we know Venetian Ceruse lead to scarring, wrinkled leathery skin, facial muscle paralysis, headaches, lead poisoning and ultimately to early deaths. Once this concoction was applied it made a smooth shiny finish but wearers had to be careful not to laugh or frown otherwise the surface would crack and flake and leave them looking as though they had a bad case of dandruff. In order for women to get the desired oval face they extended their hairline by plucking away the hair. Eyebrow were also plucked into oblivion and thin little lines drawn. If plucking was too painful then a mixture of vinegar and quicklime (calcium oxide and pretty caustic) was applied, which would not only remove the hair but a good portion of the skin as well. They also applied mercury infused “Vermillion rouge” to their lips that was mixed with fruit juice, alkanet roots or cochineal for a radiating glow

King Edward IV, King of England on and off from 1461 until his death in 1483 (and who was the Great-Grandfather to Elizabeth I), himself christened a few official lip rouges, such as Raw Flesh, Beggar’s Grey, Rat, Horseflesh, Soppes-in-Wine, Puke, Sad, Blood, Plunket, and Sheep. (Sheep?) Not exactly the cheery sort of stuff you want to apply to your lips but on the other hand, no more peculiar than these 21st century names for existing lipsticks

Either these guys are marketing the stuff to really naïve girls who don’t care about names as long as the shade is “fricken awesome, hey” or they just have some socially inept guy working in the research laboratory. That being said, I wonder how the focus group for “G-Spot by NARS” went down. Or for that matter, “Butt Taco” which is an orange matte nail polish by ManGlaze. I don’t know, maybe we have run out of appropriate naming words

https://en.wikipedia.org/wiki/Vagrancy_Act_1824 under which fortune-telling, astrology and spiritualism became punishable offences

One thought on “Poisonous Lipsticks to die for – part 4”